At the Legislative Board meeting yesterday, September 14th, Curt Crandall, Chairman of the Board, announced the following:

Whereas, September 17, 2020, marks the two hundred and thirty-third (233rd) anniversary of the drafting of the Constitution of the United States of America by the Constitutional Convention; and

Whereas, it is fitting and proper to officially recognize this magnificent document and the anniversary of its creation; and

Whereas, it is fitting and proper to officially recognize the patriotic celebrations which will commemorate the occasion; and

Whereas, public law 915 guarantees the issuing of a proclamation each year by the President of the United States of America designating September 17 through September 23 as constitution week;

NOW, THEREFORE, I, Curtis W. Crandall, Chairman of the Allegany County Board of Legislators do hereby proclaim September 17 through 23, 2020, to be CONSTITUTION WEEK in Allegany County. 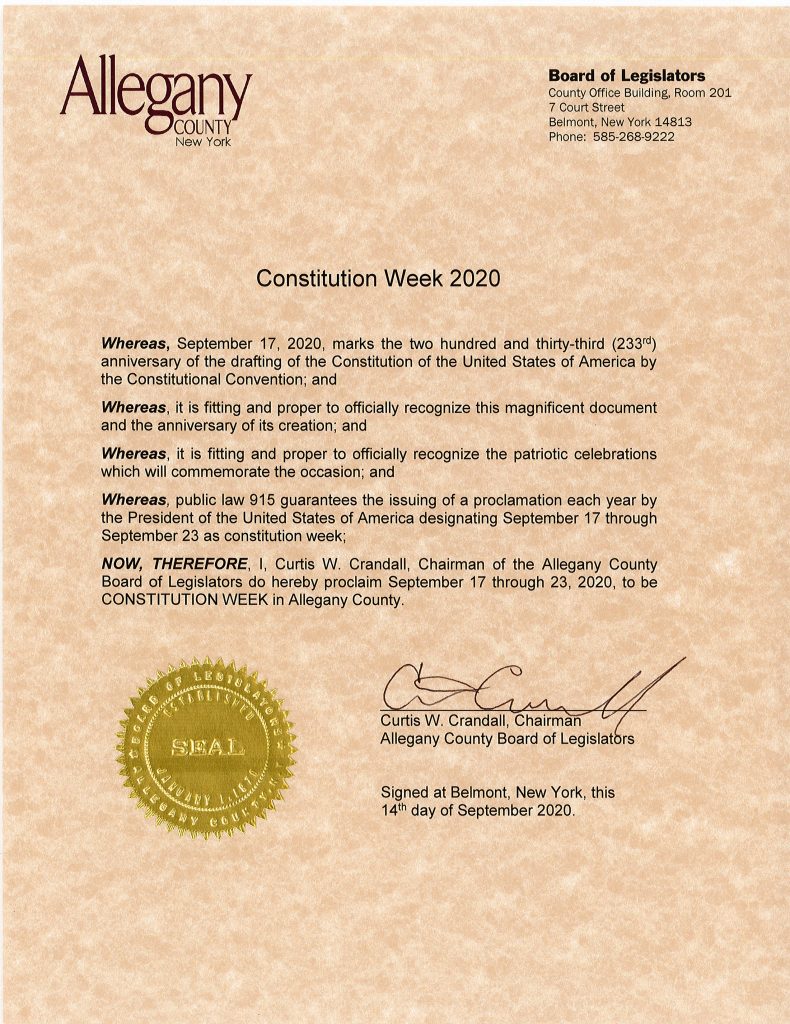