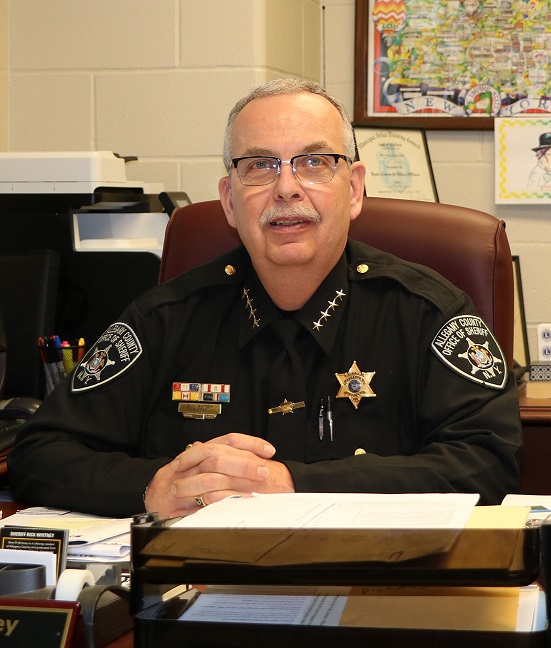 Allegany County Sheriff Rick Whitney was elected to serve as a member of the New York State Sheriffs’ Association’s Executive Committee as a Trustee at the organization’s 86th Annual Winter Training Conference held in Albany January 20-23.  The Association, headquartered in Albany, is comprised of the state’s 55 elected and 3 appointed Sheriffs, and was formed in 1934 to represent the interests and concerns of Sheriffs and their constituents before the State Legislature, the Governor’s Office and state criminal justice agencies, and to provide training and support to Sheriffs and their staff across the state.  The Executive Committee is responsible for guiding the activities of the organization between annual meetings of the Association.

Among other actions taken by the Association at the annual conference was the adoption of resolutions opposing the decriminalization of marijuana in New York, as being contrary to everyone’s efforts to fight the opioid epidemic and vaping epidemic, and opposing the Governor’s proposal for shared county jails, as being harmful to families, defense attorneys, the inmates themselves, and the taxpayers. The Sheriffs also continue to urge changes to the recently enacted bail and discovery rules.

Whitney has served as Sheriff of Allegany County since 2011. For more information on the Sheriff’s Association, go to their website at: https://nysheriffs.org/