Our Vision, Our Mission: Outlook for 2030

The Allegany County Comprehensive Plan was initially completed in 2008 and then revised with approval in 2013.  A third revision was undertaken through 2018 and 2019.  The Plan was approved in September 2019.  All three versions are available through the links below:

Our Vision, Our Mission: Outlook for 2030 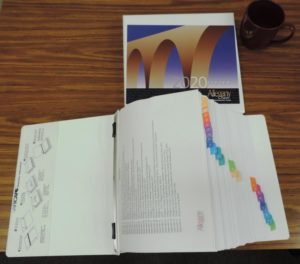 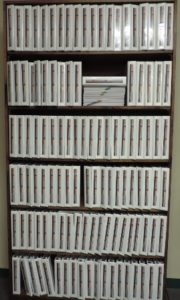 Any Comments or suggestions may be submitted in writing only to:

or via e-mail to dirlamhk@alleganyco.com with subject line: Comprehensive Plan Comments

The Comprehensive Plan Implementation Group is a group made up of members of the Economic and Business Community, Tourism Community, planning and interested citizens of Allegany County. They are appointed by the County Legislature. They review actions and work to implement the actions that are contained in the Comprehensive Plan.

The Allegany County Comprehensive Plan project is complete and the plan was approved in July 2008. The plan was developed under a very aggressive schedule. The plan covers all the topics outlined under Section 239 – d of the New York State General Municipal Law. Some parts of the plan utilize a reference to other plans as its primary method of covering a topic. Examples of this include a recently completed Agriculture Plan and a Hazard Mitigation Plan. As these other plans already cover their topic in detail it is best to have them be the plan for the topic of discussion and allow the specialists who created these plans to update them on a regular basis. Some sections of this new plan will indicate that a more thorough analysis needs to be undertaken and a specialized plan be created to cover the topic. This Plan is now been replaced by the revised plan approved October 15, 2013 noted above.

The Chronology of the 2008 Project

As additional documents become available via electronic format they will be added to this website. These essentially make up the “Other Documents & Plans” part of the Appendices for the Allegany County Comprehensive Plan.

Other Documents and Reports Not part of the County Comprehensive Plan

Allegany County is in the western region of New York State for Open Space Planning. We participate in the plan that is developed by the state on a regular basis. See the plan here.

Another Plan that is relevant on a statewide basis is: The New York State Statewide Comprehensive Outdoor Recreation Plan

and finally there is also a Statewide Trails Plan, which we are part of.

Planning Intern, Nick Arquette, worked with several trail stakeholders, as well as the Trails Task Force while he was here to create a Trails Plan for Allegany County. The plan identifies existing conditions, needs, and possible solutions for the trail system. His work is a collection of the pre-existing documentation of trails dating back from 1974 to the present, and the ideologies of residents and the rising outdoor recreation market. The draft was presented at the November 13, 2019 Trails Task Force meeting; the presentation and subsequent meeting served as a catalyst for collaboration between stakeholders groups in the County.

The trails presentation is available here

NYSDEC maintains more than 50,000 acres of State Forest and Wildlife Management Areas within Allegany County. Their website is an excellent resource for reviewing each of the state forests within our County. The DEC also oversees part of the former WAG Trail south of Wellsville that extends to the PA border.

Allegany County maintains over 2,000 acres of County forests. The Soil & Water Conservation District is the group that maintains these resources.

Finger Lakes Trail – This trail is connected to the North Country Trail and makes it one of the longest hiking trails in the country. The trail crosses the northern part of the County and is a purely hiking trail.

Genesee Valley Greenway – This Greenway follows the old Genesee Valley Canal line from Cuba, NY northeast through the County until it exits into Letchworth State Park and continues north to Rochester, NY. The greenway is owned now by NYS Office of Parks, Recreation and Historic Preservation. There is also a group that helps maintain the Greenway – Friends of the GVG.

Genesee River Wilds Inc. is a small Not for Profit group that is working to assist other groups with their projects and bring new project on-line. Primary focus during 2012 is to bring two pocket parks on-line for canoe and Kayak access onto the Genesee River at Transit Bridge and Belfast bridge.

Fishing resources in Cuba Lake, Rushford Lake and the small lakes and ponds are plentiful. NYSDEC stocks many of the streams and lakes annually. Allegany County is a perennial top five deer hunting county in New York State for both deer per square mile and bucks per square mile. Black Bear, and Turkey are also popular hunting sports in county.

Virtually every Town and Village in the County maintains at least one park within it’s boundaries. Many of these include playing fields for soccer, baseball, softball and similar team sports while also having picnic areas and playgrounds in some of them. Some have pavilions for use by larger parties. Contact a particular Town or Village to see what they offer.

The Hazard Mitigation Planning Group has met with the county’s towns, villages, colleges, special districts and groups to create the 2011 – 2015 Multi-Jurisdictional Hazard Mitigation Plan for Allegany County. The HMP is an update to the 2005 Plan. The Plan is available on the Other Plans & Documents Page.